A plaque honouring the courage and spirit of Flight Lieutenant William (Bill) Newton VC (OM 1937) was unveiled at RAAF Base Richmond on 16 March 2018. On hand to assist with the unveiling was Year 5 Melbourne Grammar student and great nephew of Newton, Will Newton. “Only the bravest of the brave who have done something amazing for their country get a Victoria Cross,” explains Will. “I’m really proud to be named after my great uncle. What he did was so great.”

The Victoria Cross (VC) is the highest award in Australia’s honour system. It is a military decoration awarded for valour and bravery in wartime.  To date, only 101 VCs have been awarded in Australia. Two are held by Old Melburnians. 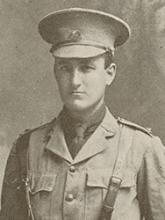 In 1918 Lieutenant Colonel William Joynt was recognised with a VC for his `most conspicuous bravery’ during a particularly appalling attack in France during WWI. Heavy losses, including his own company commander, had already been sustained. Despite the high risk of personal injury, Joynt stepped up and took charge of the perilous situation, ultimately negating the onslaught. 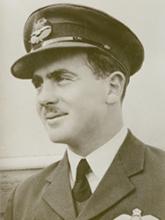 Flight Lieutenant Bill Newton was awarded a VC in 1943 based on his fearless approach to operational flying and the manner in which he attempted to save his crew on his final sortie.

Enlisting in the Royal Australian Air Force in 1940, Flight Lieutenant Newton was posted to Papua New Guinea in 1942 where he served as a bomber pilot. He consistently demonstrated great courage throughout his 52 operational sorties, diving through intense anti-aircraft fire to release his bombs on more than one occasion.
He was shot down during his 52nd mission but, with great skill, flew his blazing aircraft as far away from the enemy as possible so as to save his crew. Flight Lieutenant Newton was himself captured and later executed. He was aged 23 at his death.

Further information about Lieutenant Colonel Joynt  and Flight Lieutenant Newton, as well as profiles of other notable Old Melburnians is available at:
www.mgs.vic.edu.au/meet-our-alumni

All articles     Next article